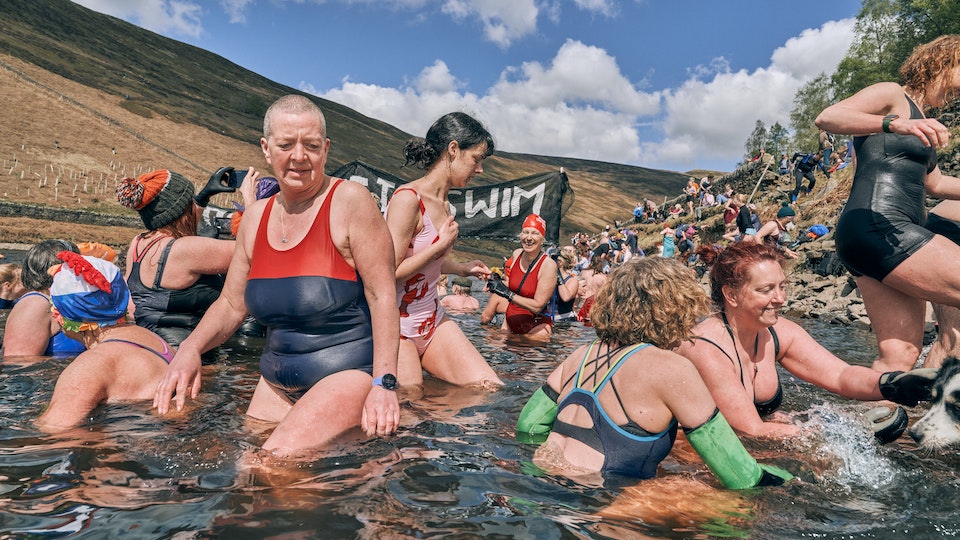 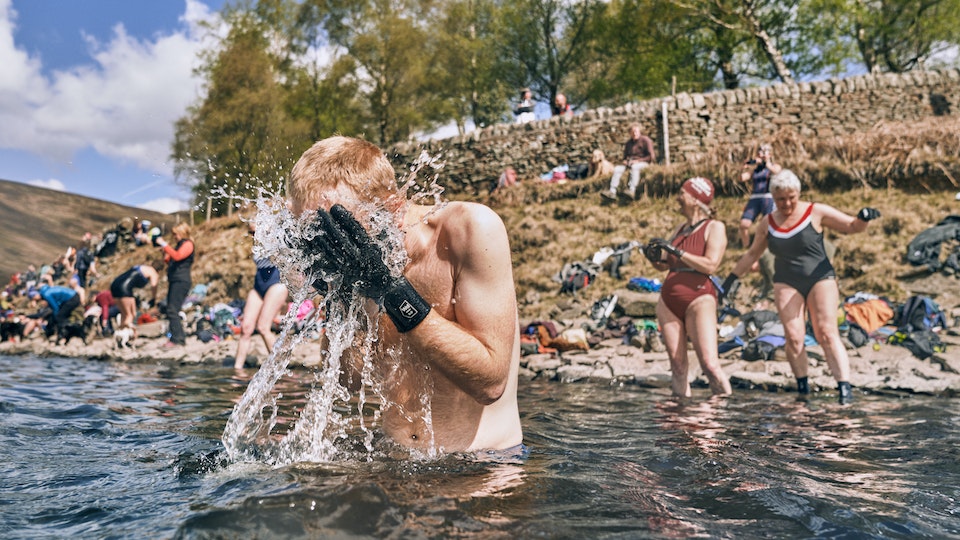 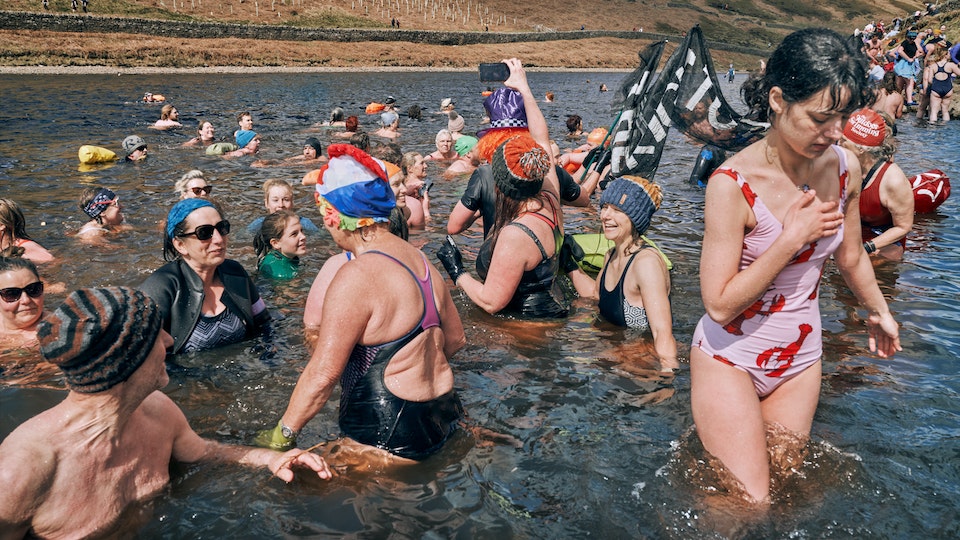 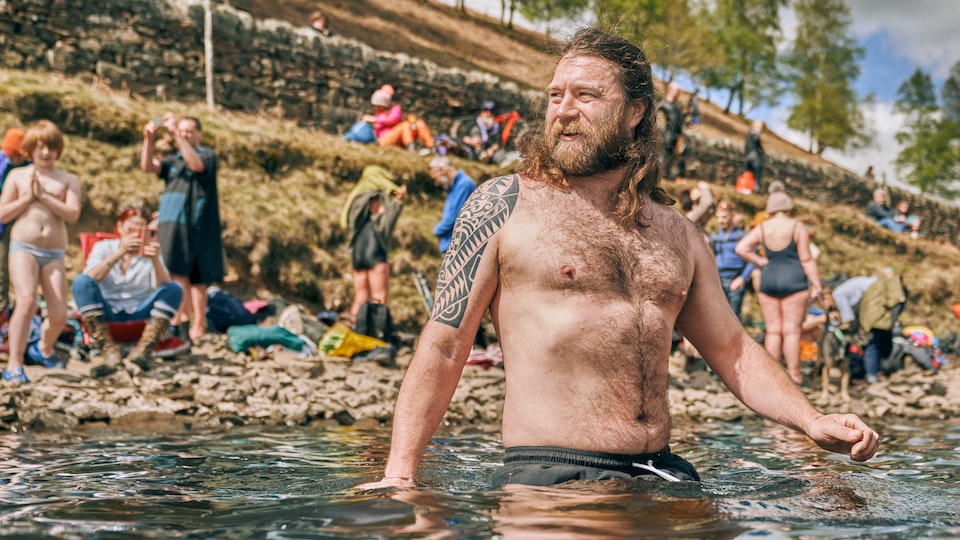 In April 1932 hundreds of ramblers arrived at Kinder Scout, Derbyshire’s highest point, to embark on a mass trespass. This was one of the most successful acts of civil disobedience in British history, a show of unity that laid the foundations upon which our National Parks Legislation, the Pennine Way and eventually the Countryside Rights of Way Act were built.
We currently have a partial right to roam over approx 8% of England but this barely includes any inland open waters. Exactly 90 years after the mass trespass, swimmers from across the UK took to Kinder reservoir in an act of unity, a display of defiance against our lack of rights to swim in British open waters.